Last night, a large group of around 20 Caterham Table members and friends gathered at the Surrey Hills Gliding Club and took to the skies over Kenley, many for the very first time.

Ring Commander Stokes had organised a trial flight for everyone and the remaining members organised a barbecue and beer session for after the flights (definitely no beer before!) 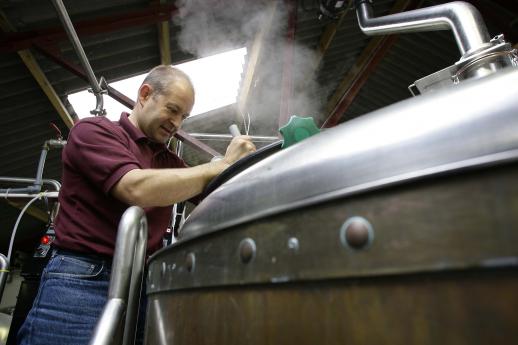 Last night (26th April) thirteen members of Caterham Round Table boarded the battle bus and set forth for Westerham. Their destination, the excellent Westerham Brewery run by Robert Wicks.

A special evening tasting had been organised on behalf of Crossroads Care and well over 100 people turned out to support the cause and taste some truly excellent ales.

Wednesday, 4th April, was Caterham Round Tables’ Annual General Meeting and saw Vice Chairman Peter Dommett beat off spirited competition from Hadyn Lamb to be voted in as the clubs new Chairman for 2012-13.

Former Chairman, Glen O’Dwyer, wished Pete every success in his new role and is looking forward to seeing him carrying on the excellent work and progress the club has made over the past year.

Pete, in turn, thanked Glen on behalf of the club for all of his hard work over the past year (though not for his lousy jokes!). 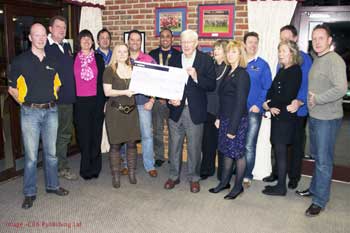 On Wednesday, 7th March, Caterham Round Table were delighted to welcome local NSPCC representatives Robin and Caroline Wilson togther with Maggie Lloyd to one of their regular Wednesday meetings. 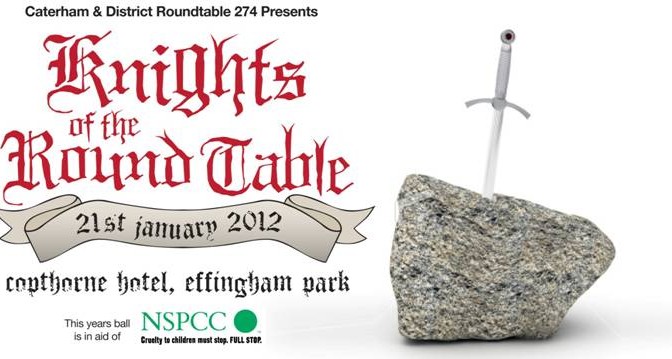 The 21st of January seems a long way off now, but the memories of the Caterham Round Table: ‘Knights of the Round Table’ Ball are still very fresh in our minds.

Well over 500 people enjoyed a fantastic evening with wonderful decorations, great food, ‘unusual’ entertainment (complete with a technical hiccup, or two) and an excellent set from DJ Mark Adams and his two ‘roadies’.

Who’d have thought that a group of ‘grown’ men could decend into a bunch of kids, effectively playing ‘Coyboys & Indians’ at the drop of a hat (apart from a woman, that is).

The fifteen were divided up into two groups and, upon entering the ‘dome’, the older (some might say, wiser) members, took to the high ground and held it, much to the chagrin of their younger protagonists.

Once again we were lucky with the Caterham weather on the Saturday night and had a fabulous turn out of around 2500 people for this years’ event.

The massive bonfire took a a good 10 to 15 minutes to burn down enough before the first of the fireworks could be ignited. Meanwhile DJ Mark Adams kept the crowd entertained while the local Scouts and Round Table did a roaring trade in Hot Dogs, Burgers, Mulled Wine and of course, the essential ‘Gloomy Loomies’.

Once the fireworks got under way, the display was as good as ever with something approaching £5,000 worth of fireworks being set off during a dramatic 20 minute show. 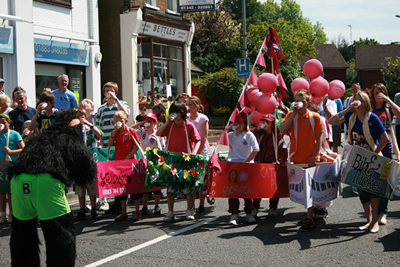