Our Second meet up of the month was a meal in our regular haunt of the Coulsdon Manor Hotel.  A speaker then discuss some business matters over a drink.

After a talk from guest speaker Richard Dean.  It was down to business.  But first a pee break and another round of drinks from the bar.

We welcomed a new guest, a prospective member and Tabler Tony received much mocking for forgetting to invite Phil back, who everyone liked during his first visit to the Fish&Chip night.

We received news that our esteemed and long-time veteran member of Round Table, Mr Any Parr MBE, was running as an independent Candidate for East Surrey .  We wished him well and Andy as always, promptly persuaded us to help deliver leaflets in places of East Surrey where they may have not hear of him.  Yes, it’s true.  As all of Caterham know him as Mr Caterham Festival, but elsewhere maybe not.

We highlighted the success of gaining a presence on MeetUp – a great website and app where we can list our public events and local people can RSVP their attendance.  So look out for that.

We decided on our involvement in the annual Caterham Festival Street Party on Sunday 4th June. And secured a pitch outside Computer Solutions shop in the High Street- “Thanks Glen.”

Paul – Sold some more Raffle tickets to win a Caterham7 car, raising funds for Sunnydown school in Caterham.  There are only 199 tickets, so the odds are better than the lottery and you need to be quick to secure your ticket now – See Sunnydown’s website to secure your ticket before the 3rd June raffle draw.

For those interested in dressing to impress. You’ve earned it!   You are all invited to Sunnydown Shchool’s Black Tie Cocktail & Canapés Fundraiser 2017 held in the historic building of the school and witness the much talked about, Caterham7 draw.  It’s great value at only £50 per ticket for something that rarely happens in Caterham. 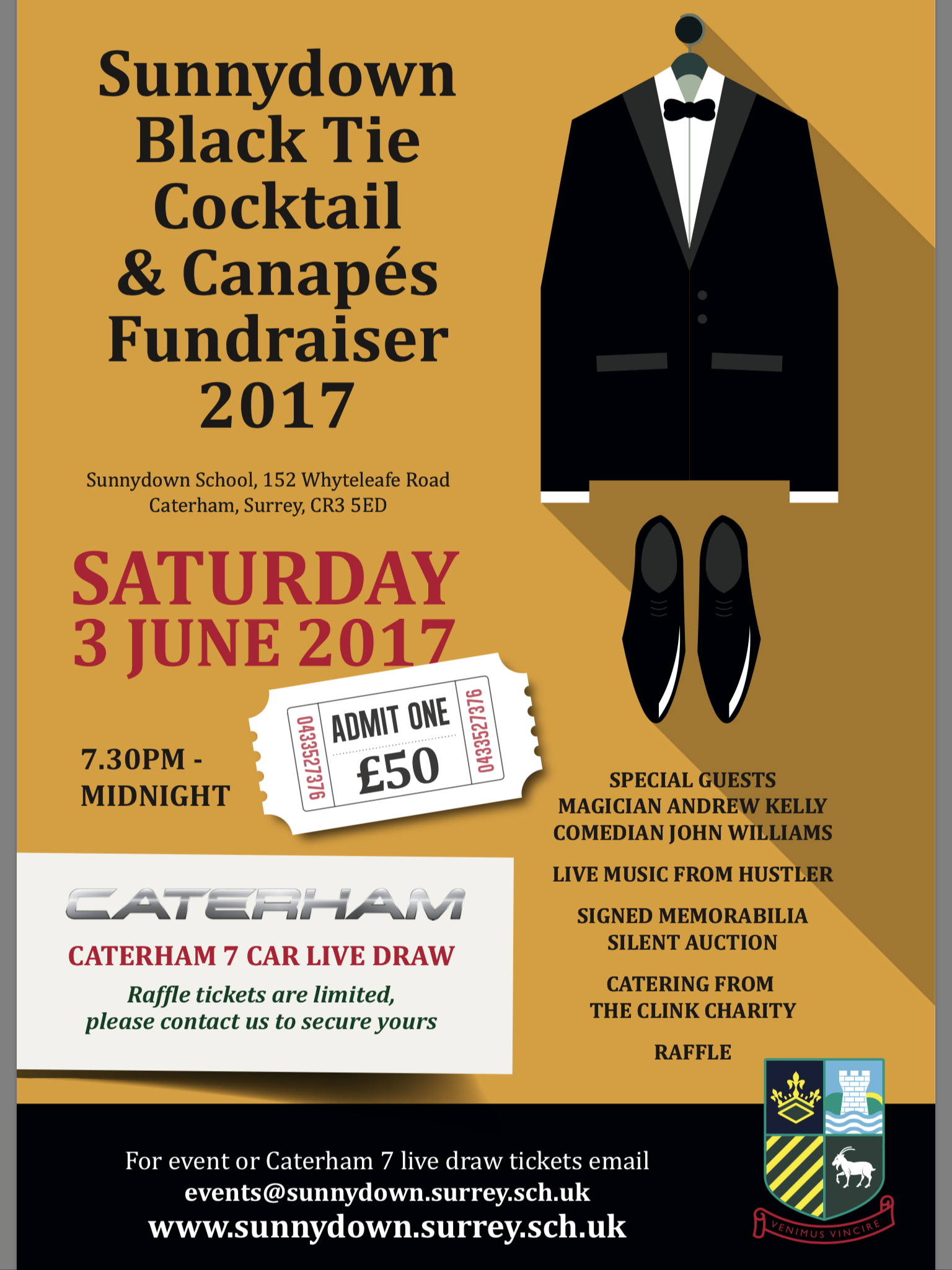 A world of inspiring opportunities and new friends awaits!